Since the first fence system was brought on the market in 2003 we have equipped many prestige events, some are listed below for your reference.

Due to further improvement of the fence system in 2013-2014 not only the rental rates but also the transport volume & weight could be lowered, and thus our construction fence gates are now used regularly e.g. at various types of events, on construction sites and for other industry applications.

Siemens Public Viewing in Munich during the World Cup (2010)

22 construction fence gates, swing gates for more safety and order at the Oktoberfest/ Bierfest in Munich

Since 2017, the City of Munich as the organizer of the Oktoberfest has been using the Vabeg® Emergency Exit System for construction fences from Donauwörth.

In order to meet the increased security requirements, bag controls and further intensive access controls are carried out at the entrances. As a result, fencing with construction fences on the site is unavoidable.

This year, 22 Vabeg® building fence gates are being used to provide safe escape routes for visitors and access for rescue services.

Almost all of them are the so-called Set C Dual Gates, each with a 7m escape route width.

These gates are equipped with panic bars including an alarm unit and they can be locked from the outside so that access from the outside is only possible with a key. From the inside, however, visitors and employees can easily open the full width of the construction fence gates at any time.

By attaching just a few additional parts to this system, a commercially available building fence element can be turned into a legally compliant and easily lockable emergency exit gate with and without an alarm unit.


All of the 22 gates were equipped this year with magnetic contact alarm units, in order to indicate an opening of the gate immediately reliably, optically as well as acoustically.

The building fence gate has been developed by the company Vabeg® with several claims for protection in the German patent and mark office. The product has been around since 2002 and is constantly evolving to meet the latest needs of customers and event situations.

Also this year at the Oktoberfest some new series parts were installed, for example the new rod supports and sign holders made of steel, as well as the new series of the panic bar with an even more stable rod enclosure.

A prototype of a new alarm unit was also tested, which can send the status of the gate (open, closed) within seconds to a computer, e.g. to a control centre, where  further alarm options such as alarms by email, SMS etc. can be set.


With the 22 gates on the Wiesn this year, a total gate/safe exit width of 147m was achieved. 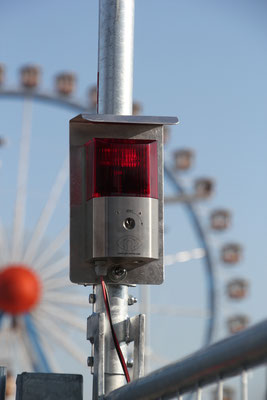 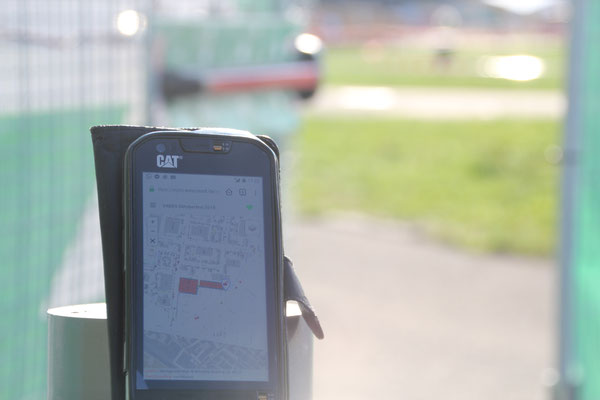 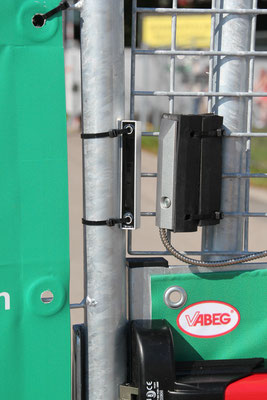 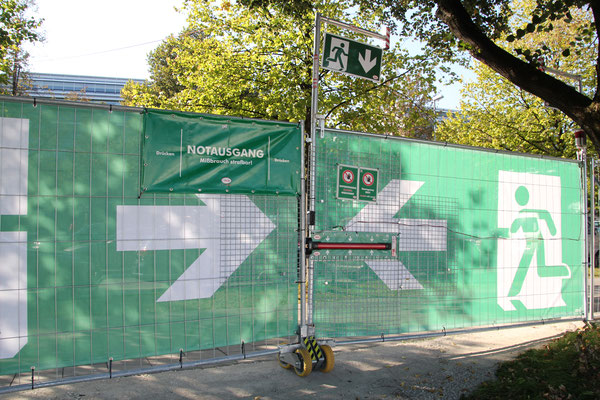